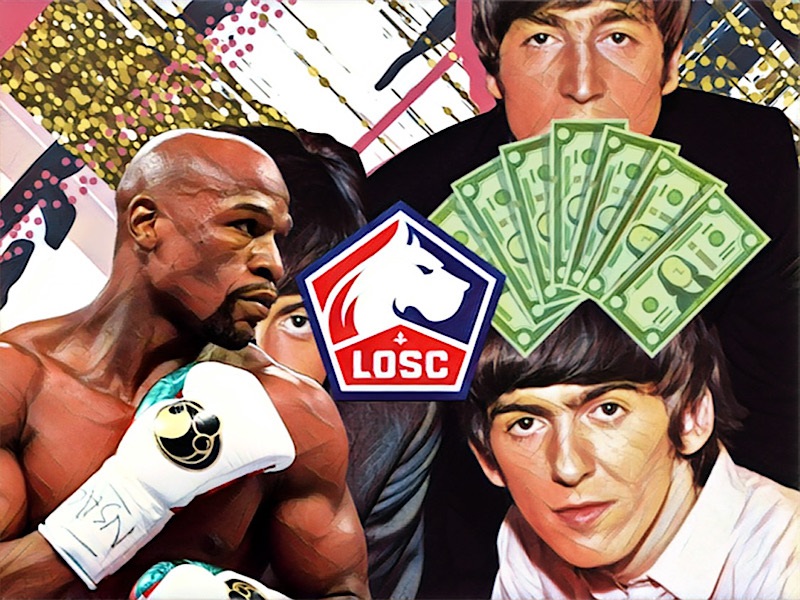 This is one episode of a wider series. To instead start at episode one, please click here.

So it’s February 2026. We’ve completed 25 league games so far this season, a bunch of cup games and the group stage of the UEFA Champions League has concluded.

I look out from the balcony of my incredible apartment and have a coffee. Can I see Belgium from here? I’ve never thought about it before, but maybe I can. (writer’s note – No mate. It’s 73 miles, you don’t have go-go-gadget eyes.)

There is lots to tell you since we last got together in October 2025 for the last update.

The Porsche needed a service. I bet you didn’t think I’d lead with that, but man, it was a sore one for the wallet. No wonder regular people don’t drive these things.

Between this apartment, the 911 and all the other toys, imposter syndrome is alive and well and living in me. I consider how far we’ve come since that economy flight into Gothenburg ahead of signing on as Varbergs manager back in 2019.

Do I deserve anything like the success I’ve been granted? No, I don’t.

I think sometimes we all feel a bit like that. Even, in fact especially, outside of football.

I shake it off and finish the coffee which was hand-made by my butler Joe (that one was a joke, I don’t have a butl his name is Sam) and head down to the car to drive to the stadium for training.

I recently remembered that I got a Porsche Design jacket as a free gift when I bought this car. I sometimes wear it in the house and pretend I’m Jose Mourinho. He’s the England manager now. From Spurs to Roma to England. Not many would have predicted that. His replacement at Roma when he took the England job? Pep Guardiola!

In this episode, I’ll cover off the three competitions (Ligue Un, Coup de France and Champions League), our January transfer window activity (spoiler alert – £££!), then finish on a bit of an analysis into some of our key, or high-potential players.

José Luis “the next Batistuta” Garavano, or “JLG9” to you and me, is slowly rediscovering his form after a lengthy layoff with a hernia. He has completed roughly half of the minutes on the park as his prolific and fellow Argentine strike partner Enzo Romano this season. The cup seems to be where he feels most at home as his recovery slowly gathers pace.

A surprising and slim 1-0 victory with a late, late goal from veteran captain Christian Luyundama, grabs us an incredible victory against PSG at the Quarter Final stage. We are currently looking ahead to a tough semi final tie against Marseille. This meets our set board expectations, but could we go further?

In the UEFA Champions League, there was quite a turnaround! At the time of our last update, after three games, we were third in our group (won one and lost two) and it was looking grim. Hoffenheim were on equal points with us in the bottom spot, and it needed some kind of shift in fortune for things to change. Would it? Could it?

With Enzo Romano in hot goal-scoring form, we managed three wins from the other three games to move through to the 1st Knockout Phase of the Champions League. An incredible 2-1 win over eventual group winners Liverpool at Anfield really was the cherry on top of the cake, to see us through at Inter’s expense!

Could we really push further on in Europe? Remember we won the UEFA Europa Conference League last season, so we have UEFA trophy pedigree. All we need is a kind draw in the next round and maybe something incredib…

Not to sound defeatist, but Barcelona are the last team I wanted to be drawn against. Allegri’s Blaugrana are rampant in La Liga this season, inspired by the sensational form of a now 26-year old João Félix. This is not what we wanted at all!

So on to Ligue Un. We pushed PSG hard last year but eventually finished second by a sizeable gap of 9 points. Back in October, we had kicked off the season unbeaten, with 10 wins in 10. Now, four months later in February 2026, how had we fared since?

In one of the most incredible seasons of my entire life, we have kept up the form, and are 25 league games in, sit 1st in Ligue Un ahead of PSG, and unbelievably have yet to lose a league game.

Never one to get ahead of myself, because anything can happen in these last 13 games, but I can’t help but dream. No matter what does happen, I am so pwoud of each and every one of my pwayers. (writer’s note – mate, they’ll think that’s a typo and not a Sir Alex Ferguson joke. Clown. You, I mean; not Sir Alex.)

I still have PSG to play in Paris (on the second last game-day of the season no less), having managed a 2-2 draw with them at home. So that’s not great news, but a lot can happen between now and then.

The margins are so fine, but if the boys keep their heads down and just keep winning (or at least not losing) we could be on the verge of something historic.

The January window has not long closed. I had a settled squad going into the window, and apart from planning to loan out a couple of fringe players or youngsters who would benefit from some more football, I didn’t have anything big planned.

That was until THIS happened.

Yep, if you clicked on those two images, you read it correctly. Iván Gómez is off to China, and we are £73million richer.

Gómez, now 28, is a midfielder I brought in from Estudiantes in Argentina, where he had spent his entire career up until then. A £4m investment resulted in 56 solid league appearances (7.13 average rating), 4 league goals, 8 assists and an incredible £69million profit in roughly 18 months. I wanted to keep him, but he said China would be a good financial move for his family. Given that Evergrande are paying him £155,000 a week, which I never could, I guess he’s right!

So what would I do with the profit? Spend big to replace?

No. I kept it sensible and continued to look for value in potential (like Bilal Krieger) or in undervalued players at other teams (like Nehuén Pérez).

I already had Uriel Vázquez set to come in from Independiente at DM, remember? So it looked like I had a ready made replacement in a similar Argentinian mould?

Unfortunately the bid for Gómez did not come right at the 1st of January, so by the time it did, I had already signed Vázquez and loaned him out to Marseille for the rest of the season, as there was no non-EU registration spot available for him. Of course, a non-EU registration spot freed up the moment Gómez left! How frustrating! I can’t recall him until February, by which time the Ligue Un squad registration window will be closed, and he would be ineligible to play.

Knowing that Vázquez would return in the summer, I opted for youth.

16-year old Madjid Belhadji caught my eye, and my scouts agreed. Bags of potential, plays in one of the recently-vacated DM roles, and already has impressive bravery, balance, work rate and decision-making. Rennes only wanted £6m for Madjid, and I was happy to pay it.

So this is the squad that will see us through to the end of the 2025/2026 campaign, for better or worse.

You may notice that 37-year old shot stopper Rui Patrício is retiring in the summer. I did ask him to continue for another year, but his heart it set on hanging up his gloves. He goes at the end of our season with our blessing, with any luck as a decent goalkeeping coach!

I’ve just noticed that his staff attributes have become available, despite him still playing at this point, so let’s take a look. Would Rui join our coaching staff to teach the youngsters about the life and times of a first class goalkeeper?

Below is a quick analysis of some of the team in not too much detail. I’m sure you don’t have all day, and I’ve got the home leg of the 1st Knockout Round of the Champions League against Barcelona to prepare for!

I like that people seem to enjoy my statistics most of the time, especially when it’s coupled with some Excel graphs or player comparisons.

Please let me know in the comments or via Twitter if there is any analysis you would like to see in more detail.

Goalkeepers (highlighted 2 of the available 4)

Pontus Dahlberg, 27. Sweden’s “goalkeeper of the year” in 2025, the 44 times capped shot stopper has the second highest number of clean sheets in Ligue Un this season with 15, just one behind PSG’s Alex Meret. Solid.

Ivaylo Pavlov, 21. The Bulgarian is currently on loan at Botev Plovdiv where he has improved steadily. Highly rated by my coaching staff, he has been man of the match twice in 23 matches for the team where he started his career. Our future first choice keeper? Promising.

Defenders (highlighted 2 of the available 11)

Nehuén Pérez, 25. £14m well spent, the defensive all rounder has slotted in immediately to our first choice backline since his arrival. He has scored more than any other Lille defender this year, notching 3 goals, alongside a 94% successful tackle completion ratio. Crucial.

Youri Regeer, 22. Still my most expensive signing so far at £19.75million, The Dutchman has proved a versatile and solid investment. Still young, he has already played in 38 league games for Lille, and has the highest successful tackles per 90 minutes in the squad this season, with 5.83. Athletic.

Midfielders (highlighted 3 of the available 13)

Fausto Vera, 25. Arguably our most important player, and inarguably our player rated most valuably by the transfer market at a perceived £54million. Vera is truly a world-class midfielder. An average rating in Ligue Un of 7.32 from 24 appearances so far this season ranks him 6th in the whole division, higher than any of his Lille teammates. Elegant.

Romain Delecroix, 20. A homegrown talent from the Lille academy, Delecroix already has incredible attributes for bravery, decisions, determination, vision and workrate. This makes him a fantastic midfield prospect, both going forward, and back. Roman covers the most distance on the pitch of any Lille player who has played more than 5 matches (13.4km per 90 minutes) and has a 90% pass completion ratio. Committed.

Yusuf Yazici, 29. Our first choice number 10 has created the highest number of chances by any player in Ligue Un this season, with 20 in 24 matches. His creative genius is also supported by his defensive game. An 86% successful tackle ratio and 2.91 key passes per game make him integral to how we play. Inventive.

Forwards (highlighted 3 of the available 7)

José Luis Garavano, 22. Despite being hampered by injury this campaign, José is still a contant menace to opposition defences. JLG9 has bagged 55 goals in 76 league games and has attempted a squad-high average of 4.9 shots per 90 minutes this season. Dangerous.

Enzo Romano, 24. Romano is a left-footed powerhouse. An almost superhuman physical athlete, Enzo actually excels in most areas. Alongside notching 31 goals in 51 league games, he has the second highest assist rate per 90 minutes (0.37), highest shots on target per 90 minutes (2.51) and goals scored per 90 minutes (0.67) of anyone in the Lille squad. Deadly.

Robert Marin, 21. The French wonderkid has completed 3.05 successful dribbles per 90 minutes for Lille. The ex-PSG youngster has 28 league goals in 78 appearances, and is equally adept at dropping into the number 10 role as he is as an instinctive, goalscoring, leader of the line. Dynamic.

Next time, there will be an end of season 2025/26 review (we are currently still in all three competitions, but how would they end?), some more detailed analysis (player comparisons via Excel graphics if you would like to see that?) and possibly a closer look at our tactical DNA.